Woohoo! The 23rd annual America’s Family Pet Expo at the OC Fair and Event Center in Costa Mesa is this weekend (April 20-22, 2012)! We are thrilled to be attending! We’re really looking forward to seeing Cloe and Papi from Beverly Hills Chihuahua. The kids even asked me if the dogs will talk when they see them, LOL! Kids are so innocently adorable 🙂

This years theme is “Salute to Hollywood Pets” where Expo guests can meet the four-legged and feathered stars and learn about the roles pets play in television and movies. Featured pets include Angel and usco who star as Chloe and Papi from Disney’s “Beverly Hills Chihuahua” franchise, Stella from “Modern Family”, Uggie from the Academy-Award winning film, “The Artist,” Yakult from ABC’s “Surburgatory,” Charlie the cat from Disney Channel’s “A.N.T. Farm”, Owen the cockatiel from Disney Channel’s “Austin & Ally”, and Suzie Q who portrays Jim on CBS’ “Mike & Molly,” plus more to be announced! 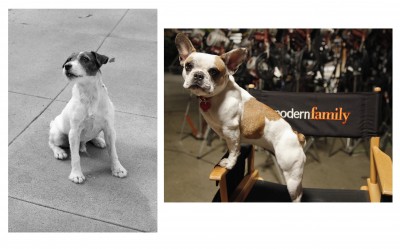 On Saturday, April 21 from 1:30pm-3:00pm, Olympic Gold Medalist, New York Times bestselling author and Dancing with the Stars Champion, Kristi Yamaguchi, will be making a stage appearance and meet and greet at the OC Pet Expo, to sign her new children’s book, “It’s a Big World, Little Pig” the sequel to her inspirational children’s tale, “Dream Big, Little Pig” which spent 7-weeks on the New York Times best sellers list in 2011. Kristi will be speaking about her illustrious career, followed by an autograph signing and photo opportunity with Expo guests.

See more than 1,000 animals of all shapes and sizes on display in fun and interactive stage shows, competitions and demonstrations such as JUMP! The Ultimate Dog Show, Splash Dogs, and Police and Search Dog Demonstrations. Featuring over 400 exhibitors and rescue groups!

Disclosure: I was provided tickets in exchange for this post. Regardless, I only recommend products or services I use personally and believe will be good for my readers. I am disclosing this in accordance with the Federal Trade Commission.

That sounds like it would be fun to go to.

Sounds like a great event! We have a zoo here for retired superstar pets, called Hollywild.

Liz @ A Nut in a Nutshell

I would love to go to this!

Virginia from That Bald Chick

Aw, I wish I could go to something like this!