Review: Our Trip to Legoland California

I’ve lived in California my entire life and had never been to Legoland. In addition to the Legoland amusement park, they have the Sea Life Carlsbad Aquarium and the Legoland Waterpark.

We knew it would be a fun filled day because there was so much to do. They have really great ticket packages to make your visit smooth. They also run promotions throughout the year and some restaurants even have coupons available. 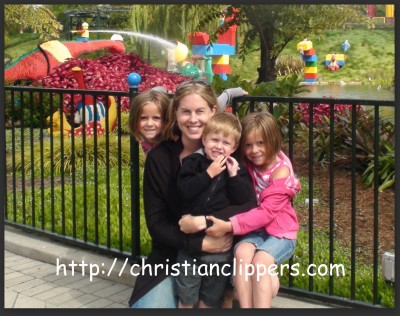 The kids had a blast on the way in. They had so many Lego families and the girls got a kick out of it. My son was a little confused so I couldn’t get a picture of him with any of them. He warmed up right away when he saw the Lego figures in the water shooting water out of their cannons! 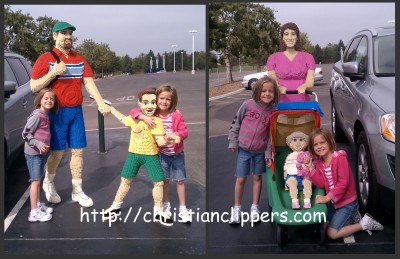 We we’re blown away by how much stuff there was to do. We started out at the aquarium and had a great time. They had stations where you could pick up the sea stars and ask questions. There were lots of interesting things in there and the kids learned quite a bit of new things! 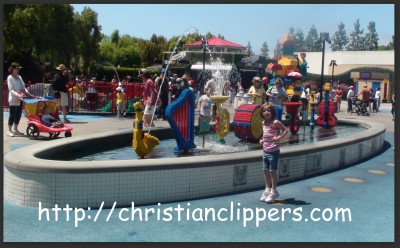 After the aquarium we went into the park and started our adventure.  They had so much fun with the water activities. You can see my daughter above jumping up and down to the get the instruments to play their water music. It was fun and creative!

The kids loved the rides. The only thing I need to mention is that for my 3 year old son, the rides we’re a bit of a hassle. He couldn’t go on very many and there were restrictions like “Child must be 4 years old AND 30 lbs”. This irritated me a little because my son met the weight requirement but not the age.  We weren’t bothered by it too much because there was so much to do other then the rides. It’s just something to be aware of.

One of my favorite things about the park was they had so many play areas. My kids could’ve played for hours in the play areas. This was perfect for rest or snack time. They also have an area where you can play XBox 360 games and rooms with unlimited Lego play. If I lived closer, I would definitely get a season pass.

I would highly recommend Legoland to anyone! The kids had so much fun and want to go again already. Just make sure you plan on staying all day from open to close to get it all in. We didn’t have enough time to go to the water park but we got to check it out and it was really clean!

Disclosure: I received complimentary tickets to facilitate my review. Regardless, I only recommend products or services I use personally and believe will be good for my readers. I am disclosing this in accordance with the Federal Trade Commission.

I always wanted to visit legoland. Your review makes me want to go!

We are headed to California in August and we were debating if we should go to Legoland or not. Definitely thinking about going, thanks for your great review!

My son absolutely loves Legos! I know he'd love to visit Lego Land!!! Thanks for sharing!

Legoland looks like so much fun!! My son is a Lego fanatic so he would be in heaven here.

We love Legoland and go multiple times a year. It's our favorite theme to park to visit and its hard to beat the weather in Carlsbad.

I've always wanted to visit. Maybe when Sweet T is old enough to go on the rides. Thanks for the tips!

Love this post!!! Would you consider writing a budget-friendly Weekend Getaway post for my travel blog? Each Saturday I'd like to feature a different city or adventure for blog followers to consider -- weekend trips are often most affordable. The first Weekend Getaway post will "air" tomorrow at http://familytravelsonabudget.blogspot.com. Check it out!!! Thanks!

That looks like a BLAST! We've been to the Legoland Discovery Center, but I think that a "REAL" Legoland would be SO MUCH more fun!!

Virginia from That Bald Chick

We are hoping to go to Legoland in Kansas City soon!